For many in Umbria, Christmastime is inextricably linked to visits to the presepi viventi (“living crib scenes”) of medieval villages surrounding Assisi.  The first to bring the Nativity scene alive was San Francesco in Greccio in 1223.

For over forty years, the villagers of Armenzano, San Gregorio and Petrignano – all frazioni (“little fractions”) of Assisi – have spent each Christmas Eve, Christmas Day afternoon, December 26th (a holiday here in Italy – the Feast of St. Stephen), January 1st and January 6th re-enacting scenes of the First Christmas.

All electric lights are off, wiresbtubes,  cables,  pipes, and any signs of the modern age are covered and these medieval castle villages become Bethlehem. Here you can see the Castello di San Gregorio ready to backdrop the “living manger” scene: transformed into Bethlehem:

The twisting, vaulted medieval alleyways and the stone-vaulted interiors will be animated with adults and children in Biblical dress acting out the traditional artisan tasks in Palestine at the time of Christ’s birth.

I wandered two of these villages recently, thinking about the scenes we’d seen in their candlelit backstreets years ago when taking our children to the presepi viventi.

The twisting alleyways are empty these days.

The crumbling feudal castle of San Gregorio has always been a perfect setting for a crib scene:

In the early 12th-century, a document verified the donation of the castello to the prior of the Assisi’s Cathedral of San Rufino. and by the early 13th-century about 150 people lived inside the fortified walls surrounded by a moat, with entrance to the castle over a drawbridge.

Assisi battled with nearby Perugia to maintain dominance of the Castello di San Gregorio.  Perugia did seize control of the fortified castle for much of the 14th-century but then the assisani succeeded in taking repossession and in the 15th-century,  the fortification was reinforced.

A few families live there now for a total population of 20 although I saw not an anima viva (“living soul”) during a recent late afternoon meander:

Those fortified walls, vaulted medieval alleyways won’t be backdropping scenes like these for Christmas, 2020:

The twisting, vaulted medieval alleyways and the stone-vaulted interiors won’t beanimated with adults and children in Biblical dress making candles….. 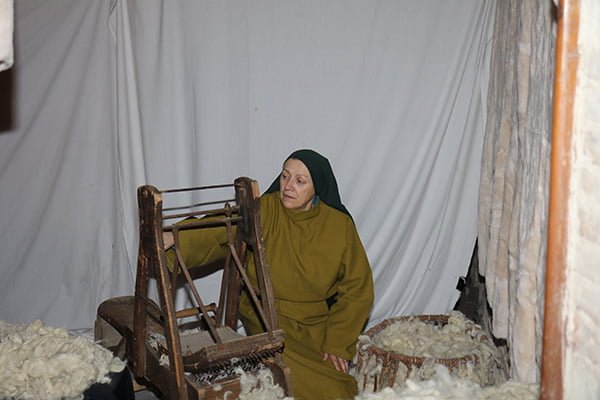 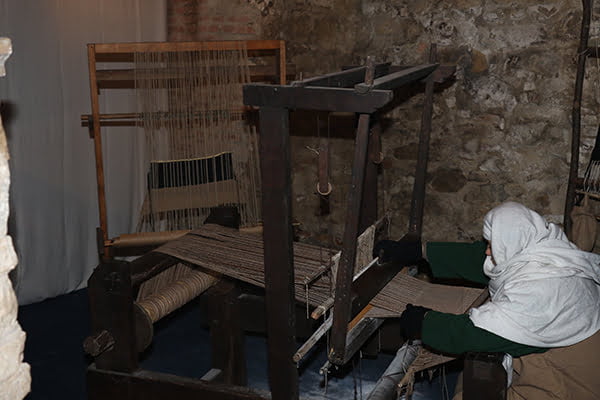 Those children usually spending their Christmas time days in a “living manger” will miss their roles as young children learning from the Rabbi. 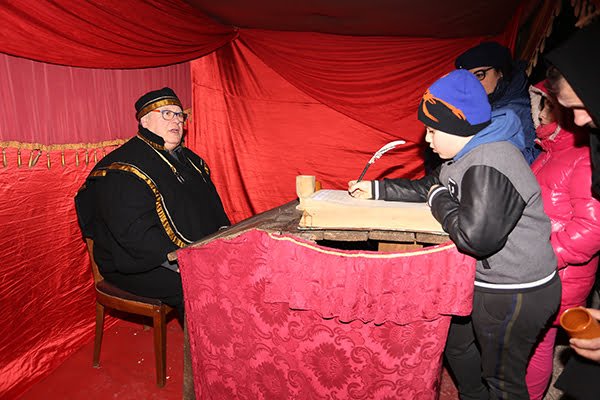 And I wonder if King Herod and his court are nostalgically reminiscing these days about good times during  their past presepi viventi: 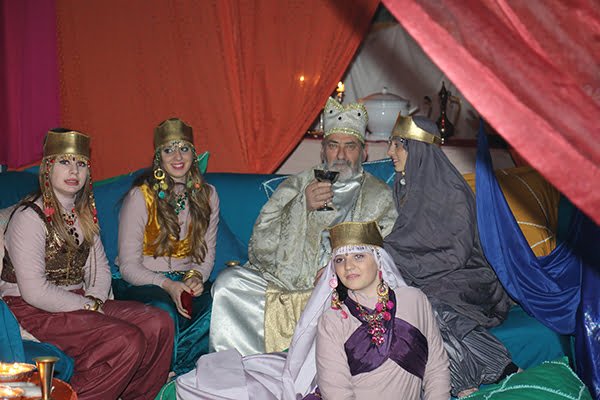 San Gregorio will not transform into Bethlehem this winter – for the first time in over forty years.  As we were leaving, the stella cometa illuminated the castle entrance.

The comet star usually guides the way to Bethlehem. But not this year.

And the townspeople of  Petrignano di Assisi,  small village which grew up around the abandoned fortified castle, will not unite in the castello for their presepe vivente this year either.

I wanted to walk the alleyways of this Assisi area castle-village as well, though night-time was drawning in. The name derives from Petronianum (that is, a holding or possession of San Pietro”) as 11th-century documents declare the fortified village property of the  11th-c Benedictine abbey church of San Pietro in Perugia. About 200 persons lived in this fortified castle in the early 13th-c. and for centuries,  both Assisi and Perugia also contested for possession of this village.

The guard tower around the back of the fortified structure remains stalwart, silent testimony to past conflicts:

The cold December night I wandered the empty serpentine alleyways inside the remains of Petrignano’s fortified castello….

….I met only one person: a young boy coming down the steps of the only building which seemed inhabited, a wash hanging out at the top of the steps –

I asked him how many people lived inside the walls of the fortification and he replied with a smile, using an Umbrian expression, “Siamo tre focolai”  (“we’re three hearths,” i.e., three family groups around the fireplace).  He estimated they were a total of 15- 20 people.

I wondered if the motorbike parked in one alley was his:

And he was gone before I could ask if he’d ever participated in the presepe vivente of Petrignano….and if he missed scenes like these at Christmastime in the backstreets outside his door:

The Petrignano Presepe Vivente poster this year announces a cancellation due to COVID-19 restrictions:

But a note on the bottom urges all the Petrignanesi to put crib scenes in their homes, shop windows and gardens “to keep alive the significance of Christmas in our country.  Let us not forget the Presepe (creche) which for two thousand years has represented a human-divine event, profound and mysterious.”

Read about the first “living Nativity” set up by St. Francis in Greccio in 1223

Read about – and see! – the presepe vivente of Armenzano

See the illumination in Assisi of the Greccio “Living Nativity”

Read about – and see!- Christmas splendor in Assisi, 2020

Read here about the origins of the presepe vivente