That Culinary Mosaic of Sicily

What joy to do the research for my most recent ZOOM presentation, “Sicily’s Age-old Culinary Mosaic.”  Such fascinating new tidbits I unearthed as I researched Sicily culinary wonders.

I centered my talk on Palermo and western Sicily……

……as the various areas of Sicily and the small islands surrounding la bellissima Sicilia each boast their own culinary delights.

As I mentioned at the start of my talk, Sicily is a colorful mosaic of Greek, Roman, Arab, Norman, Spanish and French history, folkore, art, architecture – and culinary delights.

The aromas and flavors of the culinary traditions of Sicily’s richly varied ethnic origins make this an island to be discovered – and savored. And Sicily’s street food is the tastiest imaginable.

In 2015, Forbes declared Sicily’s capital Palermo, “the European capital of street food.” And what street food….!

In this presetation, you’ll virtually “taste” with me Sicily’s mouth-watering temptations as you learn about the fascinating multidimensional origins of Sicily’s age-old street-food goodness.

If you missed my talk on August 15th, you can now see this presentation – as well as my other ZOOM conferences- right here on the Virtual Experiences page of my website. You may also wish to subscribe my YouTube channel.

And may these photos entice you to see the video! 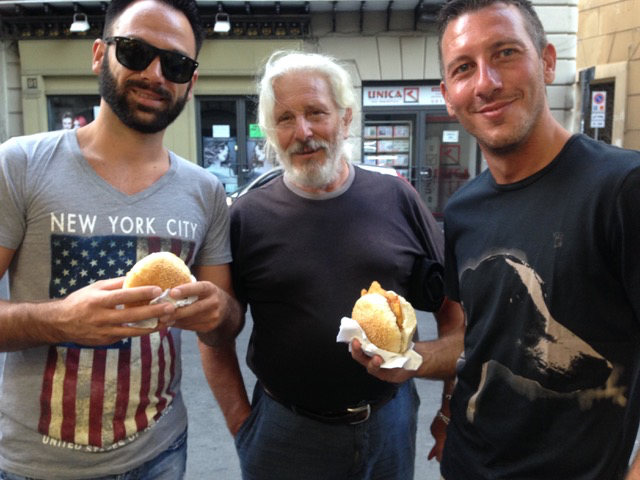 Enjoy all my ZOOM presentations on my Virtual Experiences page

My blog has countless article on Sicily – and here’s one.